Home > Anger - The Basics > All About Positive Anger

All About Positive Anger 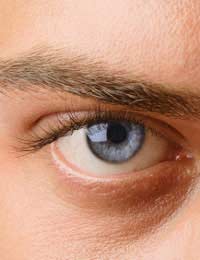 Although most people believe that anger is always a negative issue and indeed quite frequently they are justified in this opinion, anger can actually be positive and be used in a beneficial way.

What Is Positive Anger?

Anger causes many different reactions in different people. Usually this anger only has an affect on the person who is angry, occasionally it results in a negative action towards someone else but every now and then it can result in something positive. Anger that is directed in a positive manner is known as positive anger.

How Can Anger Be Used Positively?

If something has riled or annoyed you enough to cause a physical response, has you simmering for hours or is an event or issue that causes anger every time you are faced with it or experience it then it may be time to be pro-active and manage your anger is a positive manner.If something has incensed you enough to cause a response such as anger, this may be enough to make a change. This may mean being active in promoting a change or trying to convince others who can make the change happen. If someone is angry enough or is fed up with being made angry time and again by the same trigger, perhaps the same thing is making others annoyed as well and you can team up and decide if and how you can change the circumstance or situation.In order to make changes such as at work or at home a great deal of consideration must be given and a multi-faceted approach should be used taking into account all of the possibilities and alternatives also taking into consideration any opinions of anyone else affected by the change. To do this a detailed plan or proposal may be needed and the more incensed people are to the stimulus the more likely they will be to make a full portfolio of evidence promoting the change.

Those who experience anger very often may find by taking this approach they become more successful in all areas of their life. It may be time to stop your anger getting the better of you and not doing anything about it and time to seize it and redirect it to making positive changes. Most people who are successful in careers and finance are quite aggressive in their approach without being perceived as angry people; they are simply people who take control of their emotions and make changes when things are disagreeable to them.

What About Overwhelming Anger?

It is a sad fact that some people are particularly bad at managing their anger which can cause them to act negatively to their environment or those around which more often than not is those closest to them. If this sounds like you then it is time to make a change before a serious event happens. Trying to redirect this degree of anger is not something that can be achieved very easily and a more structured and professional approach is likely. It is possible to learn effect responses to anger but first the negative ones must be recognised and learned so that the person can intervene before their ‘usual’ behaviour is permitted to surface.There are many guides and techniques that can be employed to help direct anger more positively if you are aware that you manage your anger badly or even not at all and experience physical outburst often, some may be useful for you whilst others not.It is important to keep trying in the quest to control anger as eventually you will find a way that is suitable for you.

Anger is usually considered to be bad and something that most people don’t like to admit to but if it is managed and directed in the right way can help people make positive changes in their life and help them achieve their desires.

How to Spot Signs That Your Anger is Out of Control

What is Extreme Anger?

What is Road Rage?