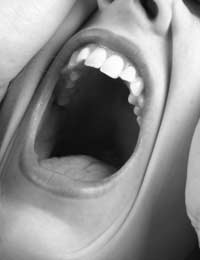 When someone has lost control over their behaviour, especially where anger is concerned, their reactions can be very variable and unpredictable.

When Your Anger Is Uncontrolled

Realising that you are losing control of your temper can be a frightening experience if it has not happened before. Maybe you felt overcome with aggression, perhaps you lost your temper and acted out of control and out of character, but the most important thing is realising that this has happened and wanting to make sure it doesn’t happen again. It is important to understand the effect your temper and anger have had on your health and how it affects those around you.

If you frightened yourself by your anger, the chances are you have frightened someone around you and this can make relationships very strained highlighting the problem further that it is essential to find new ways of regaining control.

When Someone Else’s Anger is Uncontrolled

For those living in an environment when there is uncontrolled anger, your safety is paramount. If at all you feel threatened or feel violence may be an issue, it is essential that you leave the environment (either temporarily or permanently) or find ways of diverting the situation.If you see rage regularly you may well notice the signs developing such as clenched fists, a tight jaw or reddening of the face; it is at this time that you should be deciding whether to try and calm the situation or whether to leave the person alone until they have calmed down. There is no point in continuing an argument whilst either party is at such a high emotional level as the ability to discuss as adults or rationalise may be affected.There are however some things that should be avoided if you are planning on leaving the person alone. Turning your back on someone or ignoring them can rile them further so make sure they know that you have taken in the information and are considering it. Tell them you are going to make them a drink and give them a few minutes to cool down.Don’t shout back or insult them as this will fuel their anger, keep your voice confident and level and remind yourself that you do not want to appear as the person who has lost their cool.

Why Do People Lose Control?

There are several reasons why someone may lose control over their anger and these may include:

This does not excuse anyone having an outburst particularly those who are disruptive or violent, but may help them or a professional determine the cause of the anger and what was the trigger or the outburst.

It can be difficult to offer support to a person who has little or no control over their anger and sometimes it is better that the initial treatment is led by a professional who does not have any sort of relationship to the person.However, if you do think you can offer some support and help the person understand their anger, perhaps you could be the person to begin the process of seeking professional help.This may be done in a less obvious way than simply asking them to go and get some help. Perhaps you could leave some leaflets or the phone numbers of useful organisations in certain places around the house? Maybe leave a magazine article open on the correct page which can help encourage the person read it alone and maybe start identifying with the typical symptoms of an angry outburst. If the person does go and see a therapist or other professional, keep this information to yourself and allow the affected person to tell people if they wish. This is one way of offering a tremendous amount of support as it helps the person retain confidentiality. Allow the person time to attend appointments, maybe help them out with childcare arrangements or other commitments.Try not to question the person after an appointment as much of what has been discussed may be personal to them; allow them this time on their own but tell them you are there when and if they want to talk, but do not push.